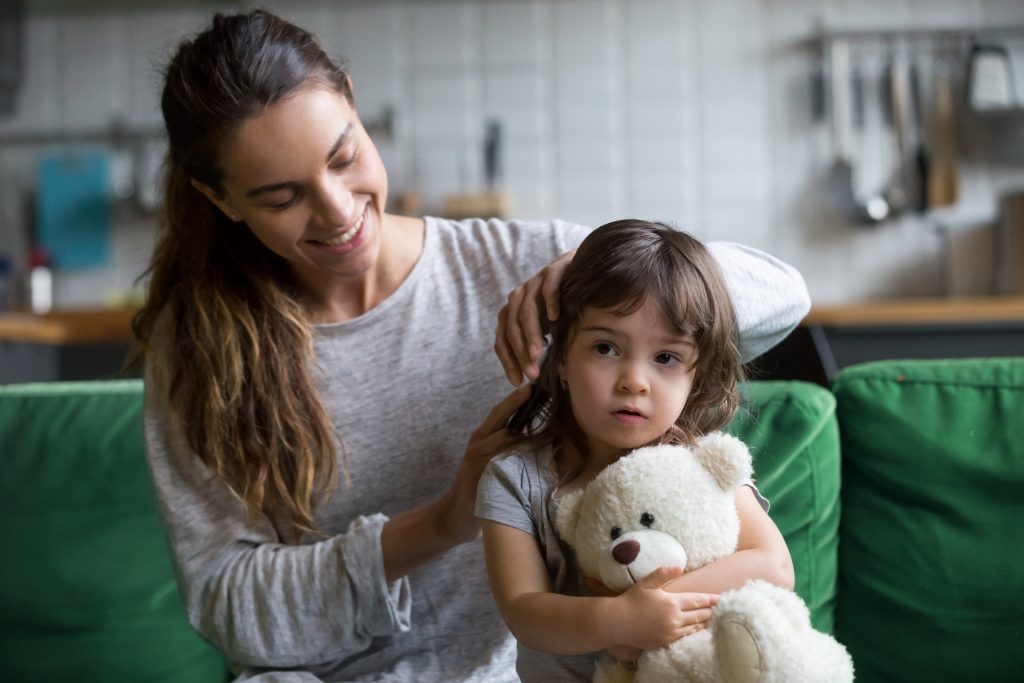 Every morning, I comb and brush my children’s hair. Keep in mind that I have 3 kids ages 14, 12, and 10. Before readers jump to conclusions of “Aren’t your kids old enough to do their own hair?”– let me provide a little back story. Since I can remember, I would always massage my children’s heads before I’d comb out their hair. This routine started when they were little with the hopes prepping their sensitive scalps when it came to brushing out snarls, or putting in ponytails and braids. The kids looked forward to the daily scalp massages and to be honest, so did I. It was just a chance for me to have a few extra minutes of one-on-one time with each child. No biggie. Now, of course the kids are old enough to do their own hair (and they often do!) but they still like to have the scalp massages. Maybe it’s a little bit of nostalgia for them and for me. If it’s time with my kids, I’ll take it!

When this routine first started, I remember the kids would wait in line and make observations of each other’s hair. Looking back I realize the rich conversation we had when comparing and contrasting hair types and colors. My eldest daughter, Rubie, has super thick, dark wavy hair. I could tug and pull on her hair and she never made a peep. My middle child, Evie, started with strawberry blond, fine hair when she was a toddler. It has since grown in thicker (not as thick as Rubie’s) but it’s always been straight as an arrow. I’ve tried curling it but her hair won’t budge or bend. Out of the three she still has the most sensitive scalp. My son, Lucien, has the longest hair of the three. His is thicker than Evie’s and wavy, but not as wavy as Rubie’s. Now you ask, where am I going with all of this dialogue about hair?

In hindsight, I realize that my kids were using daily conversations about their hair to engage in critical observation, math concepts, and developing vocabulary. The kids were very observant about the texture, appearance and scent of each other’s hair. They would practice math concepts by comparing and contrasting length, thickness, and how many hair ties I used for ponytails or braids. They watched the careful process of french braiding, dutch braids, and fishtail braids. They brainstormed what to do if hair wasn’t long enough to put up in a bun. Would two buns be more efficient? Or how about three buns? They estimated which hair ties were strong enough or too flimsy. They started to categorize which hair ties were better for high pony tails or at the end of a braid. They memorized which brush was softer on Evie’s scalp, wide tooth combs were better for wet hair, and fine tooth combs for parting hair. The kids started to use appropriate words like bristle brush, moisturize, frizz, dry, brittle, conditioner, kinky, fine, bed head, etc.

To this day I still engage in a few extra minutes to massage my kids’ scalps or help them with a top knot bun. Now that they are older, I cherish it as a small piece of their routine that still includes me. . .and I’ll take that.

The Parenting Hub would love to hear from you. Please send your comments and questions to: parentinghub@earlylearninghub.org