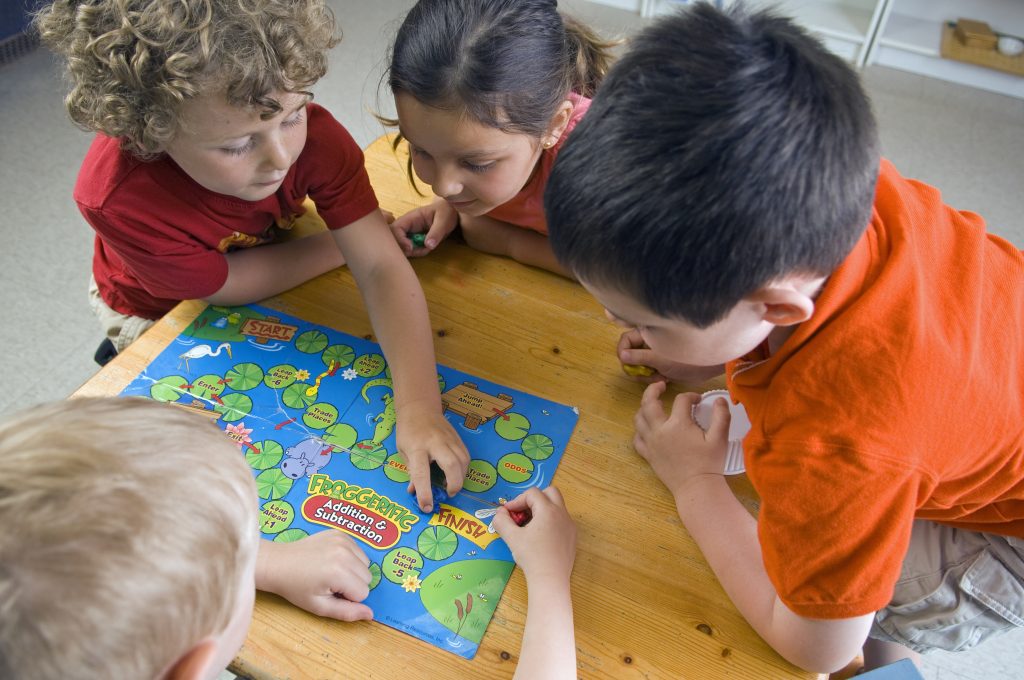 Back in the fall I wrote about my feelings and worries about sending my oldest off into the world of preschool.  While my wife and I had a lot of mixed emotions at the time, we knew it was the right choice for him and that he was ready.  I thought a few months in that now would be a good time to give an update on how things have gone so far and some observations we have noticed.

The first few weeks were a little tough.  Saying goodbye to him as we drove away didn’t seem to be getting easier, and unfortunately, within the first month or so he told us that about a couple of instances where he was upset because he was being pushed or hit and he didn’t tell the teachers.  However, after we went in to talk with the teachers about our concerns over what he’d told us, they responded very well and within a week my son told us that he had befriended the child that he had been the most upset with. He apparently told this child that he would be friends with him if he stopped hitting and pushing and listened to what the teachers asked him to do.  We were so proud as it seemed that he was learning to confront and deal with issues head-on and he was offering love and kindness to someone who wasn’t showing that to him.

There are many hands-on activities and projects available at our son’s school.  We knew that being in large groups and social situations was going to be difficult for him at first, and that definitely seemed to be the case.  From what we heard from him and the teachers he would mostly stand by the wall and watch everyone else as they played inside and did activities. He seemed to only want to stand off alone and keep an eye on everything.  Our hearts were breaking…in addition to the hitting and pushing incidents it didn’t seem like he was comfortable engaging in the classroom. We wondered if we had made the wrong choice and if we were harming him by keeping him in the classroom environment.

But, he continued to assure us that he liked school and wanted to go.  Little by little as time passed we heard more happy reports from him about school.  He started participating more and his “story dictations” started to get longer and include more details.  He told us about meeting and playing with new friends and even just recently received his first cubby note invitation to go over to another child’s house.  He’s learned so many new songs and has really progressed in his letter and word recognition (which my wife also deserves a lot of credit for since she has him do “school” at home as well).  What we’ve really noticed is a more confident and mature child developing. He seems happy, he seems more at ease in social interactions, and he seems more comfortable in playing with and making diverse groups of friends.

I can confidently say now that we are very happy with our decision to send our son to preschool, and are so pleased with the progress and development he has made.  We are really grateful to his teachers for continuing to encourage him and are looking forward to what the rest of the year holds for our awesome boy.

For more articles from this author, check out his blog at This is Fatherhood!

I started my blog "This is Fatherhood..." in March of 2016 as a way to share my experience as a dad. I absolutely love being a dad and wanted to share my stories, passion and experience with others as I noticed a shortage of writing from the perspective of fathers.

My younger brother was born when I was eight and I have always enjoyed being around and taking care of young children. I worked for The Gilbert House Children's Museum for nearly three years before joining SMART (Start Making a Reader Today).

I have an almost-four-year-old son and a nearly-one-year-old daughter with my wife of eight years. We love spending time playing together and going on family dates to the river, the beach and other fun places in our community.