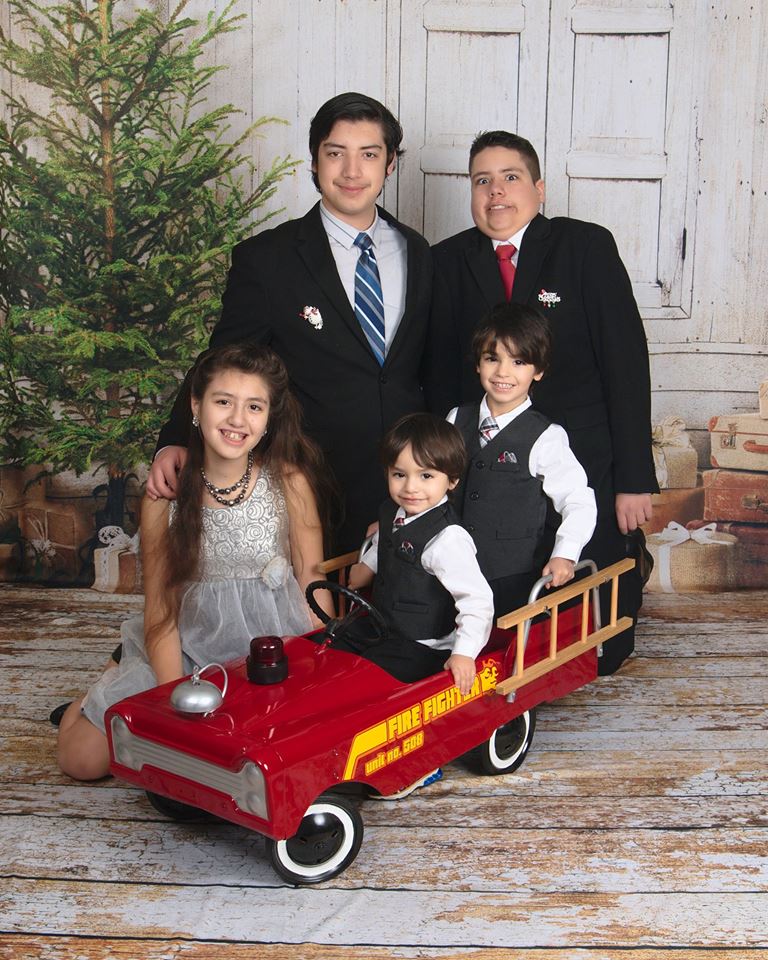 I guess I had as normal upbringing as any, okay maybe a little different but not unusual. The days passed and before long; at 19 I had my first child, David. Plagued with health problems he was not an easy baby but within a couple months I gave birth to my angel, Enrique Tomas. Kiki for short, was an answer to all my prayers, he was quiet, hardly cried. He never seemed bothered by hunger, a dirty diaper, or boredom. He would sit but that was just about it, deep down in my stomach I felt that something wasn’t right with him. His pediatrician, Dr. Francis was the one who put me in my place during his one year old checkup. Kiki had many of his immunizations in each of his chubby thighs and didn’t make a sound, not a whimper. After several months of physical therapy and no improvement, a friend gave me a news clipping about Dr. Joseph Donnelly, a pediatric neurologist, the authority of children’s neurological disorders.

Dr. Joseph Donnelly was an older gentleman, and I took everything he said as truth. When he ordered a MRI of Kiki’s brain, I thought nothing of it, until the MRI technician called the next day asking to view previous films. Dr. Donnelly called me to his office and asked me to bring family along. As he spoke I could feel my face getting hot, my arms getting tingly. He acted as if he was excited when he spoke: “I have never seen anything like this. Your son has polymacrogyria, microgyria, which means he has thinning of the corpus callosum. Every cortex has dysplasia, and he doesn’t have enough white matter or enough grey matter. Most of his damage is in his frontal lobes; basically your son has brain dysgenesis. Do you have any questions?” I nodded my head. “Do you think we can up his physical therapy because he is having a hard time running?” Dr. Donnelly leaned against his desk, crossed his arms and legs, shook his head slightly and chuckled, “Do you understand what I’m telling you?” he said, “Your son will be mentally retarded, if he isn’t already. He will never have a job, use the toilet, or get married. Judging on the amount of dysplasia in his brain, his is going to have massive seizures. He will have one big seizure, go into a coma and die maybe when he’s six or 16; you’re going to have to take care of him for the rest of your life.” I was too big to cry in front of anyone.

That night I had a math final. I dropped off my family and drove the 15 minutes to school. In my car, alone, the tears came like a river. I sobbed, the sobbing turned to moaning like a dying animal, then rage. I beat my steering wheel as hard as I could. Pounded my fists against that wheel. How could this have happened? I wanted to die. But instead I drove to the parking lot of school. I flipped the visor down, looked in the mirror, cleaned my face, reapplied my lipstick, and took my final. Got back in my car and started the whole ugly tragic scene all over again, the crying, sobbing, fits of anger till I got home. I just wanted to hold my baby in my arms.

I took night classes on sign language, volunteered at Kiki’s school, did countless Internet searches, added things to his diet, and took things out. My face became so regular at his school that the principal sent me to all the same trainings the teachers went to for special education and I became a liaison for the district helping families navigate the world of special education, I was considered the guru in our community. But being a guru didn’t help when it came to parenting Kiki or learning how to make home life go smoothly, that I had to do all on my own, and I made things work.

Never in a million years did I ever imagine 13 years later I would be sitting in a different doctor’s office with my last child Ali, hearing the same tragic news.

Kiki is 17 now, he has a developmental and intellectual disability, he is a senior in high school. Unlike his prognosis he uses the toilet, dresses himself, helps around the house, has girlfriends, and wants to move to Japan when he’s an adult. Of course his zipper is always down, he never buttons his shirt correctly, and I’m constantly cleaning pee from the bathroom, and following after him to re-clean the cleaning he’s done. Of course, there are certain things he isn’t going to be able to do like drive, but he’s functional, not as a 17 year old, more like an eight year old.

Ali is four; he is completely nonverbal, still in a diaper, has extreme behaviors, loves Moana and kisses.

My everyday is not full of joy, it’s mostly work, but every now and again it’s a blast. Every child needs help growing up; mine need it a lot more. I probably have more grey hairs than my friends, but we get through.

I did not make my children broken, I made them perfect… perfectly flawed.