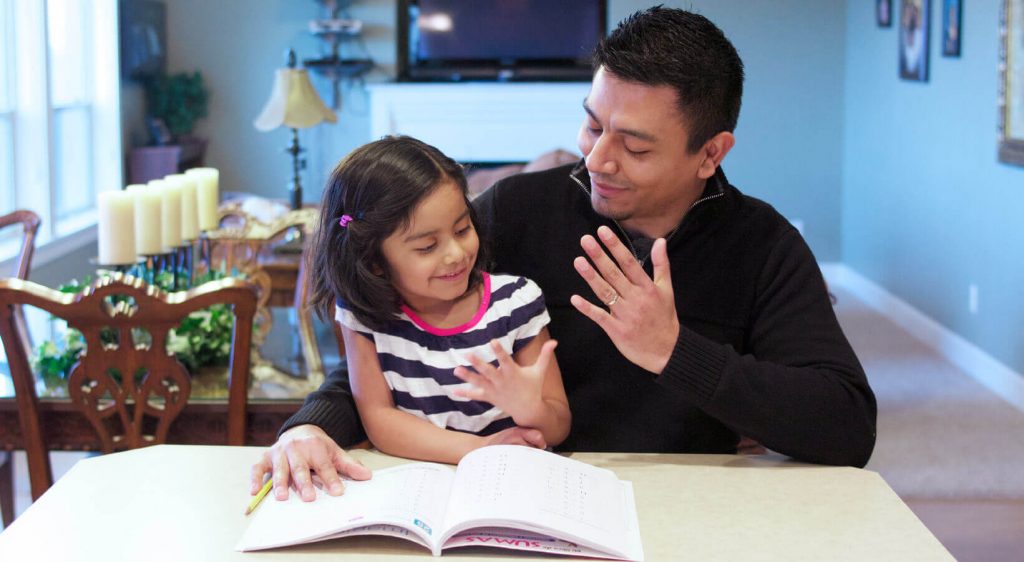 Did you know that babies are born wired to learn? In fact, babies’ brains have 100 billion neurons at birth. 1-0-0 BILLION! It’s hard to visualize 100 billion of anything but just know that their precious little heads house that many neurons. Right after birth, babies immediately start learning about the world around them, taking in data from their surrounding through all of their senses. Researcher Patricia Kuhl from the University of Washington describes babies as little scientists, “taking statistics” on sound, smell, sight, taste, and touch. The new stimuli around them immediately starts firing off synapses which trailblaze the changing architecture of their brains! Synapses are like rapid connections that neurons make with other neurons. It’s almost like the neurons are playing the fastest game of “tag” inside their brains. The more synapses, the more connections between neurons–thus, the more learning happens. Ultimately, you may think that you’re simply cooing and gazing into your baby’s eyes, but what you’re doing is actually supporting healthy brain development. Sounds pretty doable, doesn’t it? You bet! 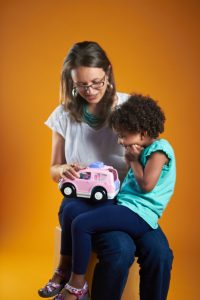 As parents and caregivers, we already have the key to nurturing brain development just by actively engaging with our young children. It doesn’t take a fancy schmancy tablet app or expensive trendy new toy, all we have to do is be present with them. To be present means:

•Talking to them to expose them to language. The more you talk to your babies the more they can hear specifics in your language, voice, intonation, and sound.

•Bring their surroundings to life. As adults, we bridge the outside world to the attention of our babies. We support them in encouraging them to focus on what’s around them.

It’s very likely that all four of the aforementioned ways to be present are already in your day-to-day routine with your baby. In that case, give yourself a huge pat on the back and high five! I can imagine that right when baby wakes up in the morning, you’ve already wished them “Good morning! How did you sleep?” (talking); picked them up and snuggled morning kisses (physical touch); stared into their eyes and allowed their little hands to explore your face (social referencing); and then carried them around the house to “show them” where you are going to change their diaper or sit down to nurse for breakfast. Within the first 10 minutes of waking up, you’ve just routinely helped to nurture healthy brain development for your little one.

The Parenting Hub would love to hear how you pinpoint ways to be present with your young children. Please send your comments to: parentinghub@earlylearninghub.org

Children and Brain Development: What We Know About How Children Learn